I have been fighting for our kids for the last fifteen years. Not just in Redondo Beach but also in Sacramento and Washington DC. Now I want to keep fighting not only for their future, but for the quality of life all the residents of Redondo Beach cherish. 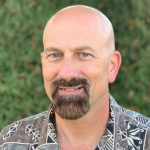 After serving as your elected representative to the Redondo Beach Unified School District Board of Education for the last eight years, I ask for your vote as city council representative. I promise to serve you with civility, honesty, and transparency.

I am deeply rooted in our community. I’m a 34-year resident and business owner. My company has been based in the Riviera Village since 1999.

I have an eight year track record of making things happen. As a unified board at RBUSD, we installed Solar Panels. We now have computers for every student. We have balanced budgets with reserve accounts for maintenance. We were able to take our surplus property at Knob Hill that was crumbling into disrepair and turn it into a great looking and useful property that generates over $600K per year for the district. We have a signed contract with The Friendship Foundation to take the blighted and empty Franklin school on Inglewood and turn it into a home for their organization that will provide services to both our RBUSD students and residents of the community.

While on the SoCal ROC Board, I chaired the committee of board members, superintendents, and business officers that saved the facility. California defunded SoCal ROC and it took quite a lot of work to bring together all six school districts to agree on a funding formula.

Communication is vital. I’ll answer every email, phone call, and letter. I will have weekly Zoom office hours where anyone can stop by and ask a question.

I wish to keep Redondo Beach the city we all know and love. I will represent you and ensure your tax dollars are spent wisely. We need to foster business and intelligent growth through innovation and long-range planning.

I respectfully request your support and vote by mail before March 2nd.

For Member of the City Council for District 1

I love our seaside community. As a 34 year resident and local business owner, I’ve enthusiastically worked for Redondo, serving you in both school and city government positions:

I want to contribute even more to the promising opportunities and challenges that will impact our neighborhoods, families, businesses, and schools for decades.

As your councilperson I will:

As your fiscal watchdog I will:

As your neighbor I will seek your input to prioritize:

I humbly request your vote.

My passion for education culminated when I was first elected to the Redondo Beach Unified School District Board of Education in 2013 (re-elected in 2017), twice elected President of the Board. We have balanced the budget every year – restoring cuts, and preserving jobs while increasing reserves. I oversaw implementation of solar power, Chromebooks, and infrastructure improvements that have saved money and improved the learning environment. I served on a number of committees, including the district science leadership committee, and I presented at the California School Board Association Annual Educational Conference on Next Generation Science Standards Vision and Implementation: Best Practices in 2018.

I also served four years on the governing board of the Southern California Regional Occupational center, including one term as President of the Board. I presided over the budget sub-committee that was charged with creating a sustainable funding model for the school. During my time there I led the charge to save SoCal ROC and chaired the committee of superintendents, business officers, and school board members that created its new funding model.

I am the COO of EPage, Inc. which has been based in Redondo Beach since 1994, and with our offices in the Riviera Village since 1999. EPage was originally a “dot com” e-commerce business, but over the years we have moved to other business models, such as an online ad network serving hundreds of millions of ads per day. Currently, EPage develops mobile apps for clients around the globe.

I started my career in the Aerospace industry doing things I still can't talk about, working in advanced Infrared technology, project management, and marketing. I worked with companies such as Hughes Aircraft, Lockheed-Martin, Raytheon, and TRW, as well as the National Reconnaissance Office, US Air Force, and other government agencies. I am one of the pioneers in online affiliate programs, creating a program in 1996 (predating Amazon by over three months), and I am now a recognized expert and regular speaker at industry events.

I am currently serving as the Vice President for Membership at the Thirty Third District PTA, where I previously served one term as Vice President of Communications. I have been able to bring my expertise in technology and social media to help advance the goals of the association. I was VP for Communications for the California State PTA where I was instrumental in their website redesign project, Social Media growth, and implementation of an Electronic Membership and payments system which has seen a doubling of electronic members every year. 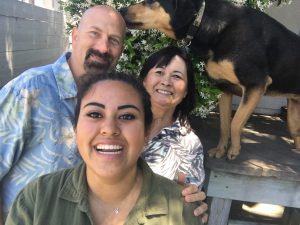 I live in District 1 with my wife and dog in the same house we purchased after we were married. Our daughter, a graduate of Redondo Union High School, is currently in Colorado studying to become a teacher. You may be more familiar with my cars. I regularly drive my bright yellow 1967 Chevelle and black 1966 Corvette convertible as daily drivers.

View my full resume on LinkedIn